What Monty Python Taught Me About Advent

And many scoffers will say: “Where is this ‘coming’ he promised? Ever since our ancestors died, everything goes on as it has since the beginning of creation.”

How long is Advent? As the saying goes, it depends on your age.

If you are an adult trying to pack a thousand parties and pageants into a month, Advent is a blur. If you are kid waiting to open the gifts under the tree, the four weeks until Christmas drag on forever.

The Advent season spiritually links us in with many ancient sojourners who anticipated the Messiah. These were slaves like Miriam and Aaron. They were exiles like Daniel and Esther. They were visionaries like Deborah and Micah. They prayed, waited, and hoped for the coming of the Deliverer. But even though there was much need for his rescue and redemption, the Messiah was not born in their lifetimes.

Why did God wait to send the Savior? Why did so many expectant people live and die without realizing the joy of seeing him?

If this question feels familiar, it’s probably because to some degree, Christians today are in a similar boat. We believe that the Messiah will come a second time, and that when he does, he will unmake evil and set the world right. Nothing will be more wonderful than this.

So what is God waiting for? 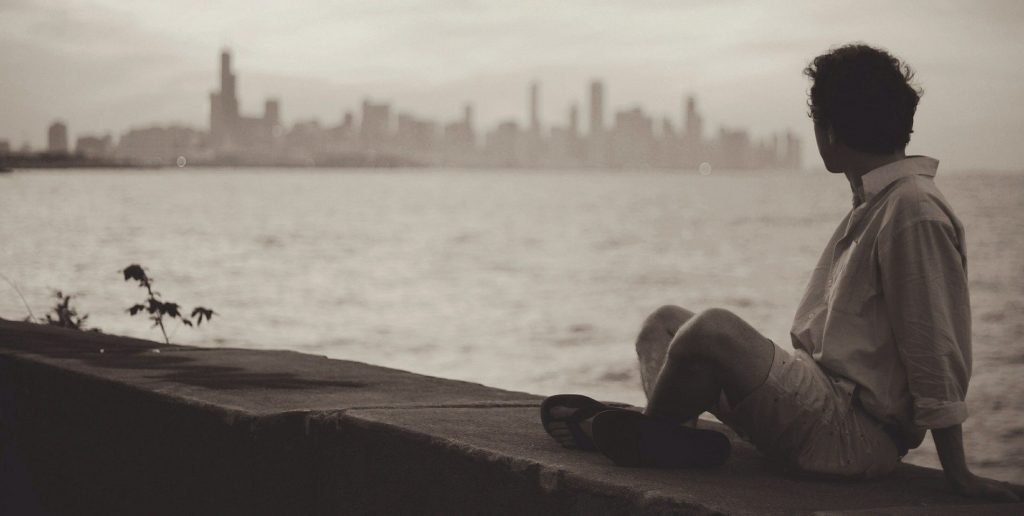 The mystery has been with us almost since the beginning. 2 Peter points out that many New Testament-era skeptics ridiculed early Christians over their insistence in Jesus’ return: Where is this “coming” that Jesus promised? they asked. (For greater fidelity, put a little third-grade sass on that word “coming”.  It sounds even better if you tilt your head and put one hand on your hip.)

Many scholars believe that 2 Peter was written around 125 CE. That means that it had been around ninety years since Jesus had said: “I come back and will take you to be with me.” Nine decades had passed since the angels told the disciples to stop staring into heaven and to get to work because time was short.

For those eager to see Jesus again, ninety years was a long time to wait. We know that in the church’s formative days, many Christians believed that their Lord would be coming back, like, pretty much any minute. If you look at the first documents of the New Testament to be compiled – these include the books of Mark, 1 Corinthians, and 1 Thessalonians – you get a sense that they thought Jesus’ return was imminent.

This expectation informed much of their outlook and their and decision-making. So much of life, they figured, was passing away. It was all temporary. Why make long-term business deals if this world was wrapping up? What’s the point in getting married if Jesus was going to return and change everything? That’s probably the mindset of people in 45 AD. You know, only buy your milk in half gallons.

But eventually, days became months and years became decades, and Jesus didn’t return. And acting like the end was imminent probably began to look pretty silly to many people in the Roman empire. So out came the sassy voices. Hey, what’s happening? Where’s Jesus? I thought you said God was going to do something big, but nothing’s changing! Looks like Jesus must have missed his flight or something.

Deep down, you might wonder about the same thing yourself. After all, you aren’t living ninety years later; you’re living two thousand years later. So where is Jesus? When with the prophecies of a Second Advent be fulfilled? Are Christians just sort of strange and naïve for continuing to think that Jesus is going to come back?

This is just one of so many “God’s-timing” quandaries that are common to the Christian experience.

Advent’s emphasis on longing, anticipation, and hope encircles these and many more questions of God’s timing.

So how do you hang in there when it feels like God is moving too slowly?

2 Peter presents a wise and practical theology of timing. The author arms his readers with three important responses to the question of God’s calendar:

Someone once said that how long a minute takes depends on which side of the bathroom door you’re on. That’s a good line, and it sounds a little bit like what the science of time says. General relativity, Einstein’s theory of massive bodies and spacetime, suggests that time moves at a rate adjusted for the gravity one is experiencing.

Several years ago, the science fiction movie Interstellar explored this phenomenon. in the film, two explorers left their spaceship to investigate a huge planet. After a couple of hours of exploring the world, they returned to their craft to discover that the crew there had aged 23 years.

This is real-world science, and it only hints at the vast differences between the human and the divine experience of time. Time is simply different with God.

How could God promise the coming of a deliverer to Adam and Eve, reiterate it through the prophets, and then allow centuries to pass before Jesus was born? Because God doesn’t see time as we do. As Corrie Ten Boom once said, “There is no panic in heaven.” A millennium is like a day, and God observes each day in more nuance than you and I would recognize in several centuries.

Second, God’s timing is a function of his love. Peter counsels his readers in verse 9: The Lord is not slow in keeping his promise, as some understand slowness. Instead he is patient with you, not wanting anyone to perish, but desiring everyone to come to repentance.

Patience is a sign of compassion. It implies that the Triune God often acts more lovingly toward the world by waiting than he would by acting.

John 11 offers a surprising instance. In verse 5 of that chapter, Jesus receives word that his friend Lazarus was sick. Lazarus’ sisters had sent for Jesus in hopes that he might rush to their brother’s bedside and heal Lazarus.

But Jesus, the text says, waits two more days before returning. He allows the sickness to run its course. Why? Because Jesus wished to demonstrate his power – not just over sickness, but over death. And as a result of this miracle, many people believed in him. Sometimes God waits for the right time because he desires maximum impact in repentance.

Finally, Peter says, God acts quickly. Like a thief in the night, he says in verse 10. Most won’t see it coming.

When I was thinking about this passage, I was reminded of a scene from Monty Python and the Holy Grail. In this scene, Sir Lancelot charges a castle to rescue a fair maiden:

A lot of people are just eating peaches and assuming that what’s off in the promised distance will never arrive. And yet it does. Peter says that God creates the universe with a word. How long does that take? Let there be light…and it happens. The importance, he stresses, is not on timing but on readiness.

Advent compels us to reflect on timing, to wrestle with ambiguity, and to trust God with our deepest yearnings. In this season, our souls converge with those of the ancients who cried out “How long, O Lord?”

This renewed trust in God’s calendar can sustain us through the difficult seasons of waiting in our lives, and remind us to be always prepared for the return of Jesus at the Second Advent.