Matthew 13: Wheat and Weeds – A Warning about Judgementalism

“The servants asked him, ‘Do you want us to go and pull them up?’ “‘No,’ he answered, ‘because while you are pulling the weeds, you may uproot the wheat with them.  Let both grow together until the harvest.

I’ve always loved optical illusions. They are at the same time fun and humbling. Here are a couple that I’ve come across lately:

Optical illusions like these remind us that our impressions are often deceiving. We can be fooled into seeing something that isn’t there.

One of the best books that I read last year was Malcom Gladwell’s Talking to Strangers. The primary theme of this book: It’s dangerous to trust your instincts. Gladwell points out that all people have a built-in bias toward “going with their gut”; this means that they misjudge others all the time. For instance, Neville Chamberlain believed in his bones that Adolf Hitler wanted peace in Europe, and the planet paid dearly for that assumption.

I was especially intrigued by Talking to Strangers’ research into the criminal justice system. Gladwell discovered that, over the long term, artificial intelligence does a better job of predicting when people will violate the terms of their probation than do the experienced judges sitting at their benches.

This this is amazing if you think about it, because AI models clearly have less information than the judges. 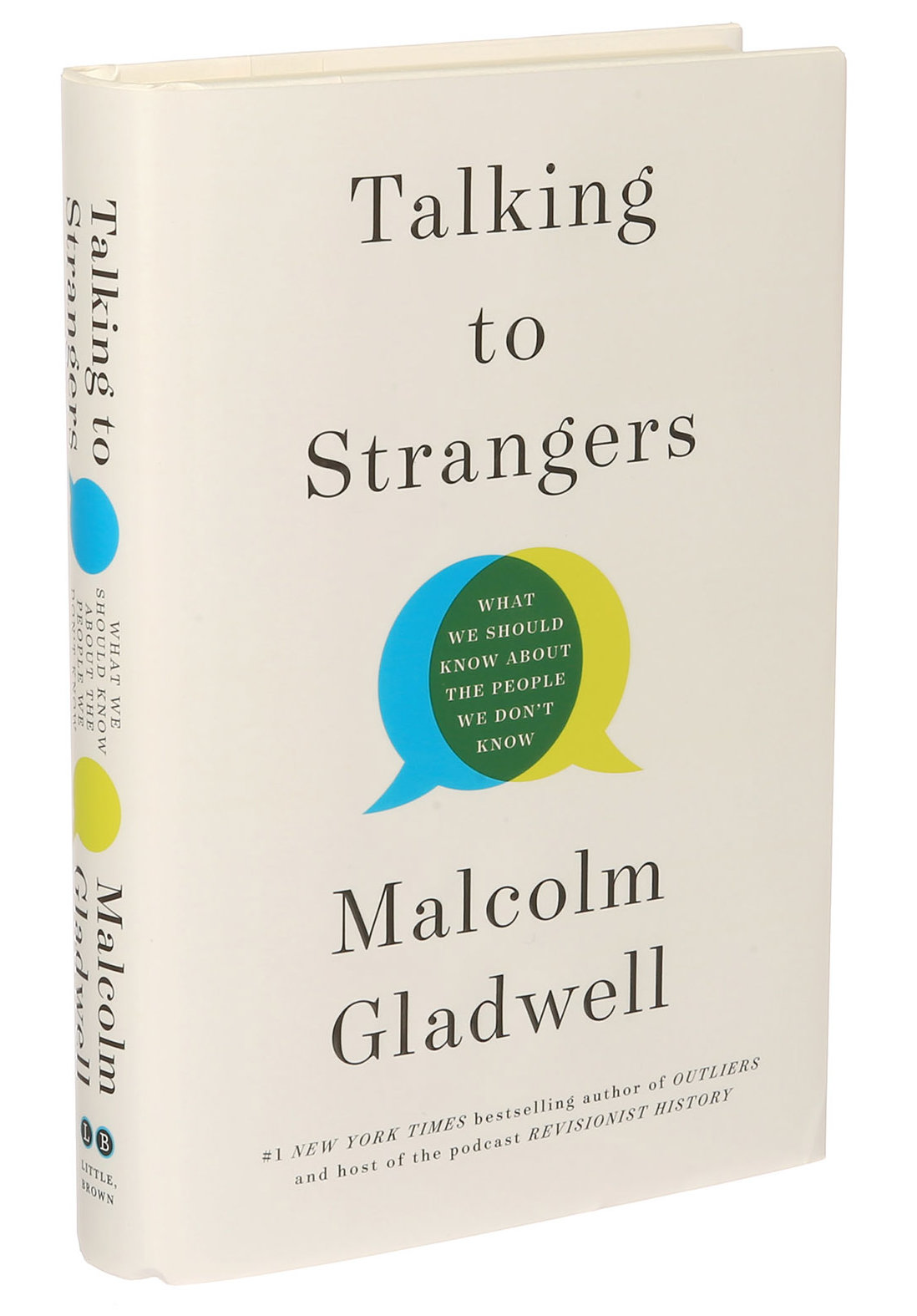 The computers possess bare accounts of personal history, crime reports, etc. The judges have all of the same info; plus, they have the opportunity to visit with the offenders, to look them in the eye, and to use their own past judicial history as a guide.

Most of us would believe that the human judge – especially the seasoned vets – would make a better decision about probation. And yet, the judges consistently make worse assessments. The result: society sees more crime and more cost.

Why is this? It’s because our first instincts tend to be wrong when it comes to judging people.

Jesus knew the truth long before Gladwell did. It is exceedingly difficult to correctly judge others. It’s even more dangerous, he warns, to act on those judgements.

Here is the broader context of Matthew 13:

Jesus told them another parable: “The kingdom of heaven is like a man who sowed good seed in his field.  But while everyone was sleeping, his enemy came and sowed weeds among the wheat, and went away.  When the wheat sprouted and formed heads, then the weeds also appeared.

“The owner’s servants came to him and said, ‘Sir, didn’t you sow good seed in your field? Where then did the weeds come from?’ “‘An enemy did this,’ he replied. “The servants asked him, ‘Do you want us to go and pull them up?’

“‘No,’ he answered, ‘because while you are pulling the weeds, you may uproot the wheat with them.  Let both grow together until the harvest. At that time I will tell the harvesters: First collect the weeds and tie them in bundles to be burned; then gather the wheat and bring it into my barn.’”

…Then he left the crowd and went into the house. His disciples came to him and said, “Explain to us the parable of the weeds in the field.”

“As the weeds are pulled up and burned in the fire, so it will be at the end of the age. The Son of Man will send out his angels, and they will weed out of his kingdom everything that causes sin and all who do evil. They will throw them into the blazing furnace, where there will be weeping and gnashing of teeth.  Then the righteous will shine like the sun in the kingdom of their Father. Whoever has ears, let them hear.”

Nobody likes weeds. Whether you are a farmer with an enormous acreage, a backyard gardener growing tomatoes, or a homeowner trying to keep up your curb appeal, you know that every summer brings with it a battle against uninvited plants. Dandelions. Clover. Thistles. They waste our time, deprive our soil, and leave us with cramps and cuts on our hands.

The Bible doesn’t look kindly on weeds either. Most of the Bible’s rhetorical Roundup is aimed at thorns, but there are a handful of references to weeds in the Bible, too. Across the board, these allusions are negative. Weeds in scripture depict wastelands, pollution, intrusion, and decay.

Jesus’ parable of the wheat and the weeds is in the same vein. His allegory refers to a very specific kind of weed – it’s a plant that is not only annoying, it’s potentially deadly.

In Matthew 13, when Jesus refers to weeds, the Greek word used is zizania. This word lives on in the modern Middle East today, where the plant is called ziwan.

In the west, we call this plant the bearded darnel. Common in temperate zones, darnel is best known for its obvious resemblance – especially as a young shoot – to wheat. When good wheat and ziwan first sprout, it’s nearly impossible to judge which plant is which. Only over longer periods of time will it become clear which is the good grain and which is the darnel. 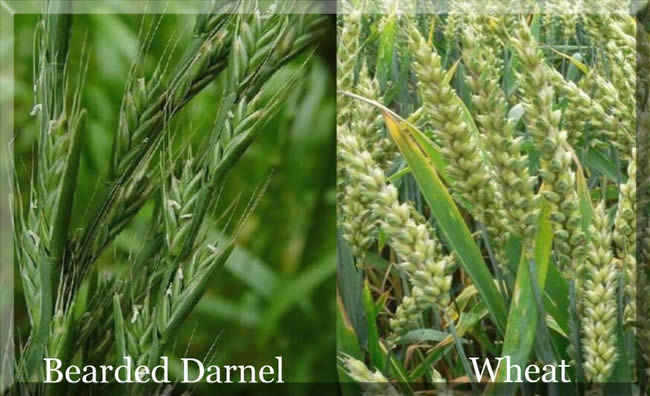 Historically, this has made for a frustrating experience for farmers. But it was more than an annoyance; the mixing of wheat and darnel actually caused health issues. Kenneth Bailey, who spent many decades living in the Middle East, notes that bread made with ziwan can bring on nausea, diarrhea, convulsions, gangrene, and even death.

Simply put, ziwan is a poison. It’s not just that it robs the good wheat of nutrients and sunlight. It’s that ziwan can kill you.

For this reason, the ancient Roman authorities made it a crime to sow ziwan among the wheat. This was against the law, because – and I don’t think that this is saying it too strongly – mixing darnel in with the wheat was a kind of biological warfare.

This is precisely the situation that Jesus describes. An enemy has come into the field at wheat-planting time, and when nobody was looking (they were all asleep) he planted poison into the field. It could have been a rival farmer; it might have been an international adversary. Whoever it was, he got in there and mixed in weeds among the wheat.

And for a long time, nobody could tell the difference. Only later does it become clear to the servants what has happened. When it does, they go to the owner of the field and ask if he wants the ziwan pulled out.

But the master knows that by this point, the weeds and the wheat have so entangled their roots that if you try to purge the field of the poison plants, you will tear up the good crop as well. All that was left to do was to wait until harvest time and then separate out the wheat from the ziwan. The good stuff was brought to market; the ziwan was used in the fireplace.

This is Jesus’ story. And when the disciples ask for the interpretation, Jesus tells them that the field is the world, and that it is mixed through with good people and bad people, and that only at the end will God appoint his angels to separate out the rightful children of God from the sons of the enemy. Whoever has ears, Jesus says, let them hear.

Alright, I have ears. I hear you Jesus. I get the point. The problem is… I don’t like the point.

I don’t have that kind of patience. I want to get the bad stuff out of here right away! I’m like the servants who want to start with the uprooting.

I mean, what’s the point of waiting?

Here’s Jesus’ answer: Attacking the sinners will devastate the saints. Master, should we pull up the ziwan weeds? Should we tear out the darnel? No, he says, because in doing this you will uproot the good wheat also.

Why is the enemy’s seed-sowing such an effective method? Because when you try to undo the work of the enemy, you actually accomplish advance it! Attacking the sinner will destroy the saints.

Don’t you know this to be true? When some Christians go out to attack those who are struggling with sin, other Christians get turned off.  Barna and so many other church researchers keep coming back and telling us exactly what Jesus himself says – people doubt church and depart church in large part because of the judgementalism within church. Assaulting people caught up in sin and judging the spiritually weak makes many believers wonder what we’re even about.

I just don’t know how much clearer Jesus could be in this story: Leave the judging to God.

When it comes to human nature, none of us is completely a saint or a sinner. We are all, always, combinations. Martin Luther said that every person is simul Justus et peccator. At the same time saint and sinner. Justified and sinful. 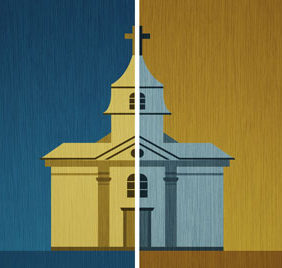 This is true of everyone. It just takes a turn of life’s dial. A particular crisis. A new group of friends. Too much money. Too little money.

Jesus’ point is uncomfortably clear: patience is grace and grace is patience. When it comes to our assessments of others, we cannot rush to judgement. It is possible for you to read me wrong, and it is possible for me to read you wrong. We can be overwhelmed by illusions. Illusions that work both ways, remember.

So don’t assume that anybody is above criticism or spiritually perfected. No person is as holy or righteous as they appear to you. They too, and wheat and weeds. And also, don’t give up hope for your grandson or your neighbor, even though they don’t seem interested in Jesus.

Press past the illusion! The grace of Jesus means hope is still alive, and the wheat could ripen any minute.