Matthew 7 – How to Stand in a Storm

The below video is from 2008, so the footage is a little bit grainy. But the images here – recorded along the flooded banks of Wisconsin’s Lake Delton – offer a powerful illustration of what Jesus is teaching about in Matthew 7:

Build your home on the wrong foundation, Jesus warns, and there’s a pretty good chance you’ll fall flat and get swept away. It’s sound construction advice from someone who – remember – spent a couple of decades working as a carpenter.

But of course, Jesus isn’t just talking here as a general contractor. He’s describing a spiritual phenomenon. Ground your life on the wrong ideas and actions, he says, and you’ll be capsized by what’s coming.

While this is obviously a teaching by contrast, Jesus begins with a point of commonality: Everybody – wise people and foolish – will experience storms.

To hear some people describe Christianity, you might expect Jesus to have said, “The person of faith knows how to steer clear of the storms.” You know, stay up to date with the Channel 6 Storm Team and you might avoid the worst of the weather.

The best way to do that, Jesus says, is to build on a firm footing. To sink your pilings deep into the rock.

Now of course, building on rock takes more work. You have to choose your location carefully. You have to drill to some depth. You can’t just scratch a few inches into the ground with a plastic beach shovel. You have to work at it.

It’s the same thing spiritually speaking. Investing in the strength of the rock has never been the easy thing to do. The easy thing, Jesus says, is to hear his words. The important thing is to obey them.

In order to really stand in the storm, you have to do more than agree with Christian principles, you have to carry out Jesus’ commands.

Most of us know what it’s like to go to the dentist every six months or so. And therefore, most of us know the guilty feeling when the topic of flossing is raised. Happens every time, right? Between now and your next visit, the dentist sighs, you really need to put some better effort into flossing.

Most of us have the wisdom and wherewithal to agree. Sure, yeah, flossing is critical.

Six months later, though, and you’re back in the chair, and they say – Wow, your teeth look awful! Remember what we said about flossing?

Your reply? “Oh yes, I remember the conversation well! I listened to everything you said, Mr. Dentist. In fact, that day I went out and bought three books about flossing. I subscribed to a podcast about flossing. I began going downtown and going door to door talking to people about flossing. I started a small group to talk about flossing, I sing songs about flossing, and I only vote for pro-flossing candidates. And check out this necklace I’ve been wearing! It’s in the shape of one of those green floss picks everybody is using!”

Great, but did you actually do any flossing yourself?

“Oh no, not me. Personally, I hate the feeling of that string between by teeth! But trust me, I totally get your point. Message received loud and clear.”

This is how Jesus defines foolishness.

See, Matthew 7’s is not a teaching about ignorance (when you can’t figure out what to do). Neither is Jesus critiquing ambivalence, (when you are torn on what to do). Jesus is targeting foolishness – that’s when you know exactly what to do; you just won’t do it.

Obedience is of the highest importance to Jesus. It’s core to discipleship. 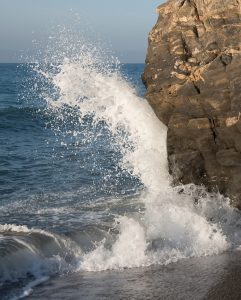 Lots of people point talk about how churches should “make disciples who make disciples.” That’s the Great Commission, right? Matthew 28?

Yeah, partly. But finish the sentence: Make disciples, baptize them, and teach them to obey.

But that’s not what kidney cells are for. The purpose of kidney cells is to help cleanse the body of impurity. There is a responsibility of a higher order than multiplication, and that is developing and deploying men and women and boys and girls who faithfully express Jesus’ full agenda in their lives.

What does discipleship look like? Let Jesus finish his commission: The work is incomplete without obedience to all he has commanded.